I know he is a Snow Bengal, but this is ridiculous! 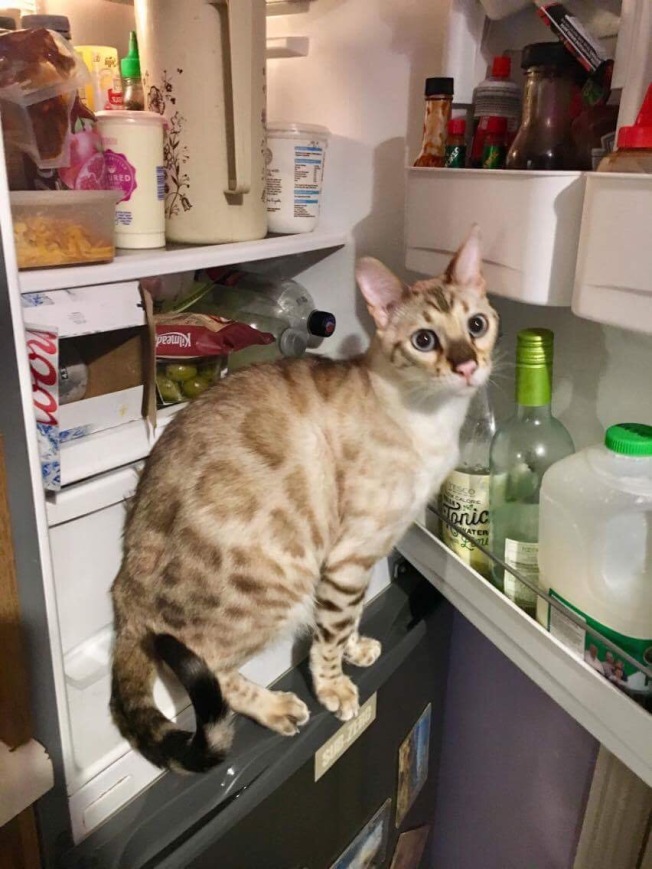 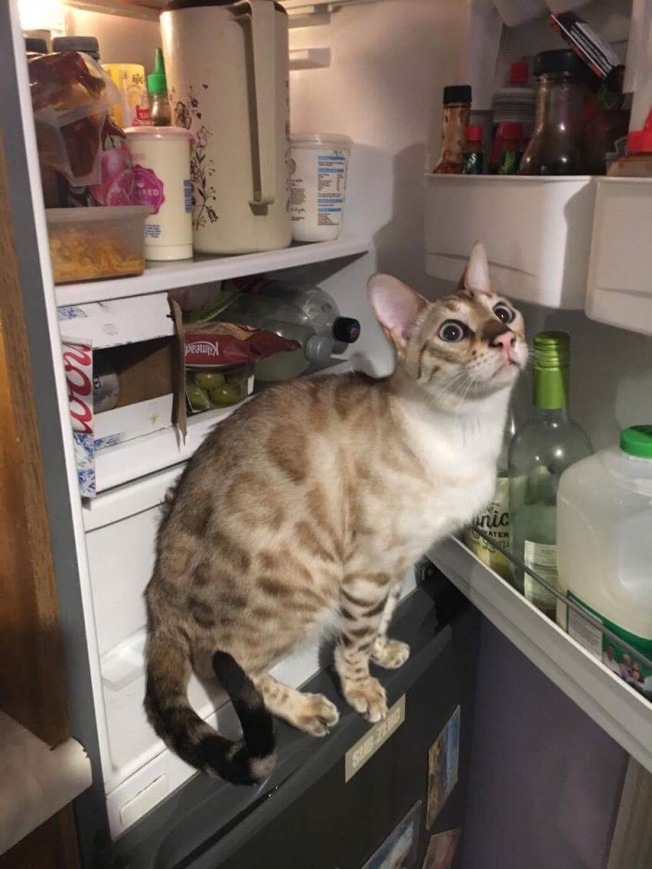 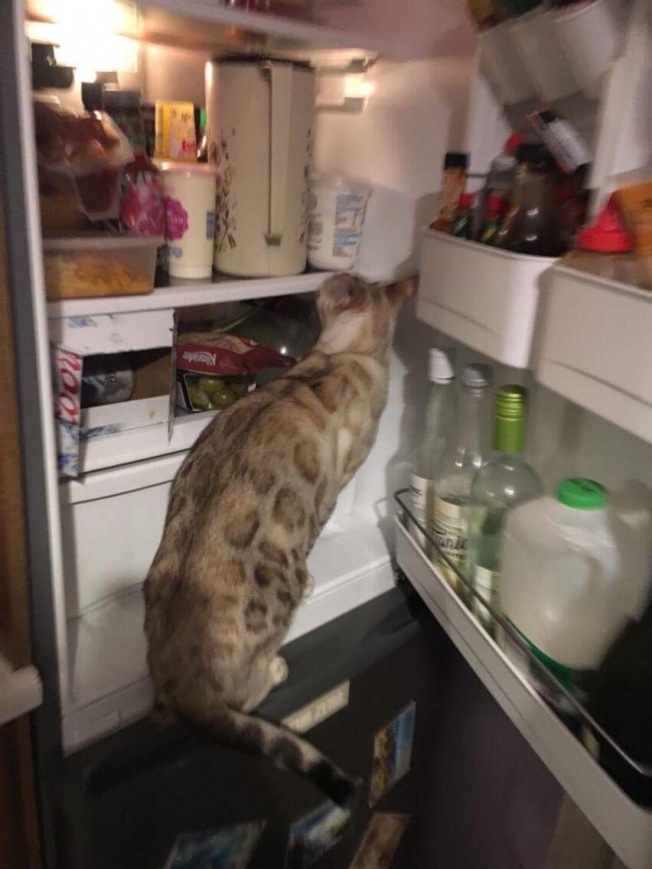 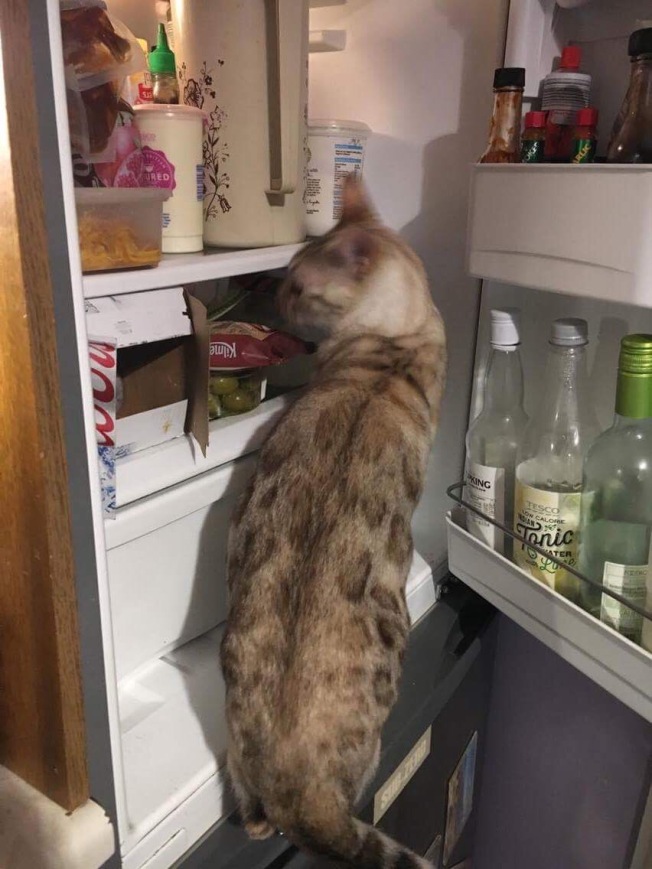 Go on, have a snoop in our fridge – I would! As did Lumi…

This writing about what I’ve read is starting to annoy me already, as I will have several books under my belt before I can be arsed to post. I finished another one today…

I need to tell you about Lumi instead!

He is MASSIVE. Not quite 10 months old, he weighs nearly a stone (14lbs to a stone, so over 6 kilos). He won’t be fully grown until he is a year and a half old. Whoa! I seem to have a little white tiger in my house. 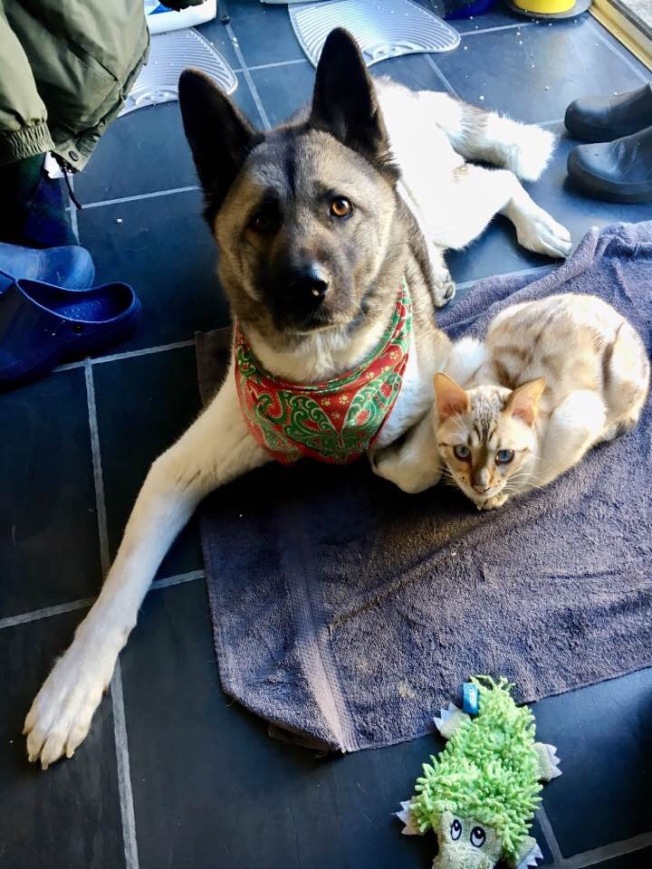 Neko and Lumi being buddies in the sunshine this week. Neko still has her St Patrick’s bandanna on – she loves it. Neko is about 36 kilos (just under 80lbs) so it does help to give an idea of Lumi’s size. 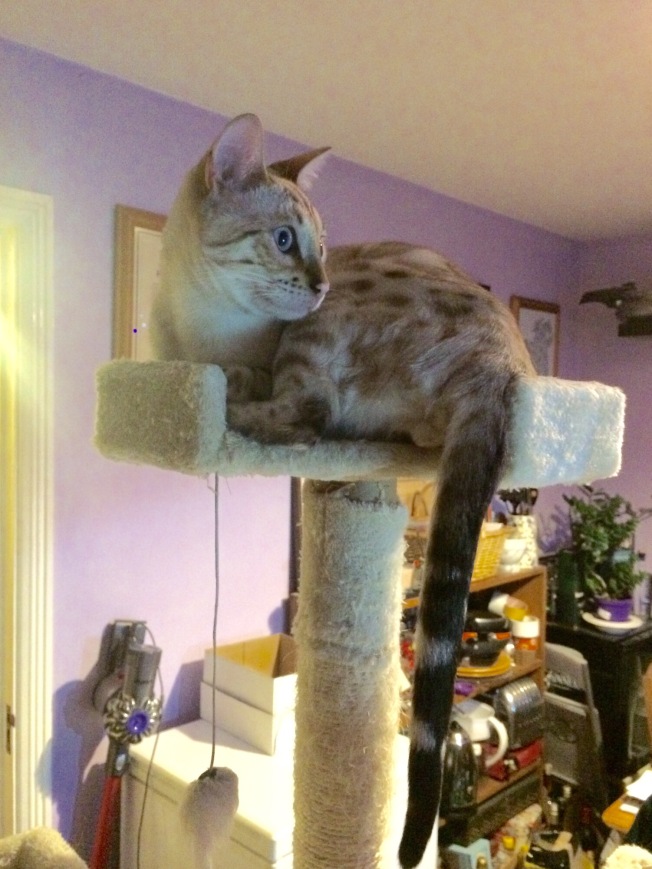 Such a long tail, too. 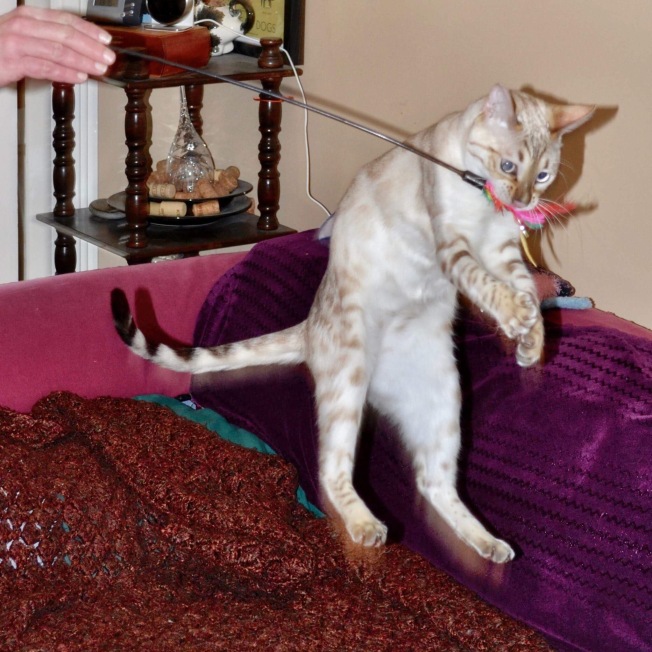 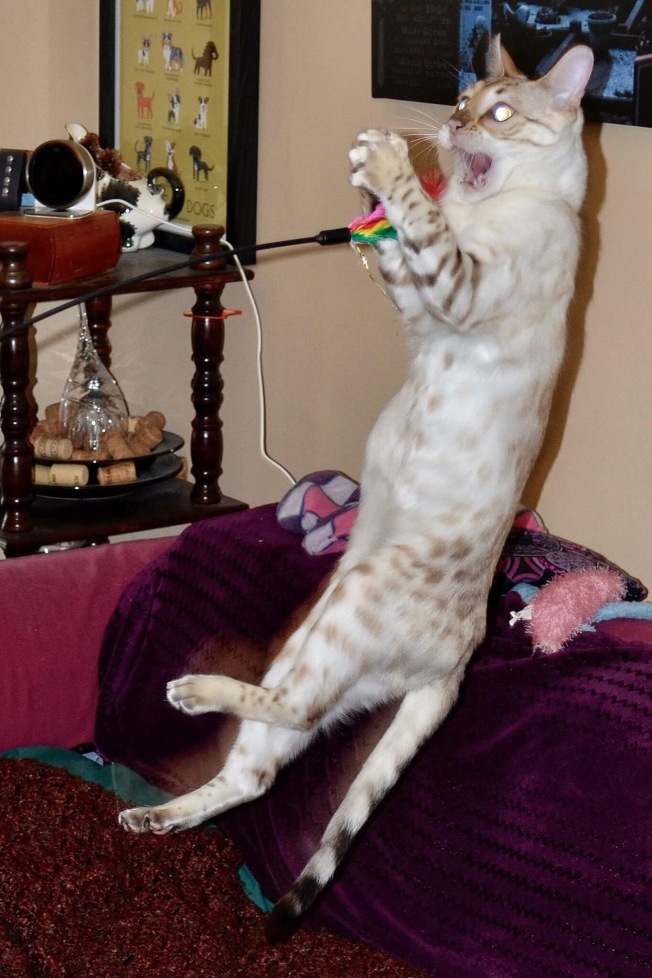 Mid-air action shots! He loves leaping to catch a toy (feathers onna stick are the best). It was sooo hard to get these. The rest of the play session was a white blur.

So far no luck. I do use the app. Let’s save this (hopefully) and try via Safari…

Can’t do it. I’m on the free WP version so it wants me to upgrade to share video.

Oh well. Here is my wee man having a great old time playing with ice in the big dog water bowl.

Now I’ve done all the work, but can’t figure out how to post. Nope, the app is way better.

My stomach is in knots about the election tomorrow. I think a lot of you are feeling the same, no matter where in the world you live.

But maybe not all. Maybe some adorable Lumi pictures will help take your mind off of the potential political world disaster that will come to a close late Tuesday? 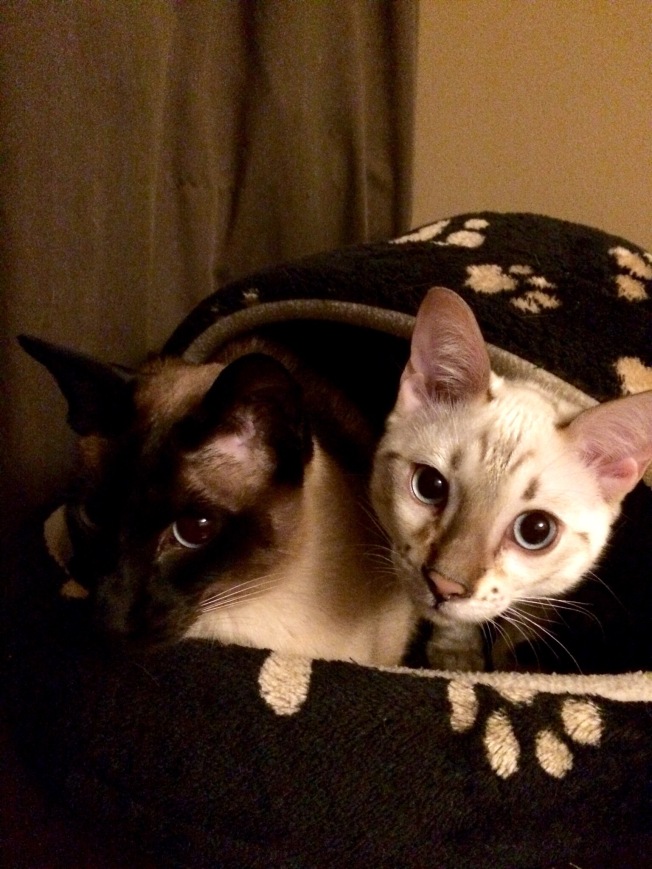 The brothers in Spot’s bed. 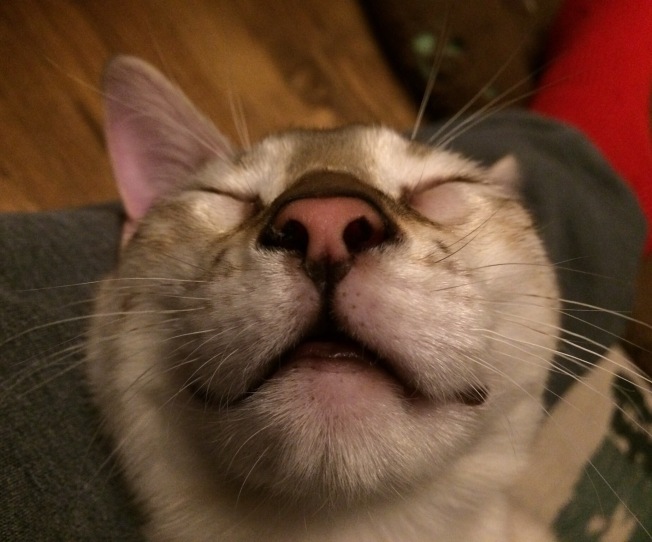 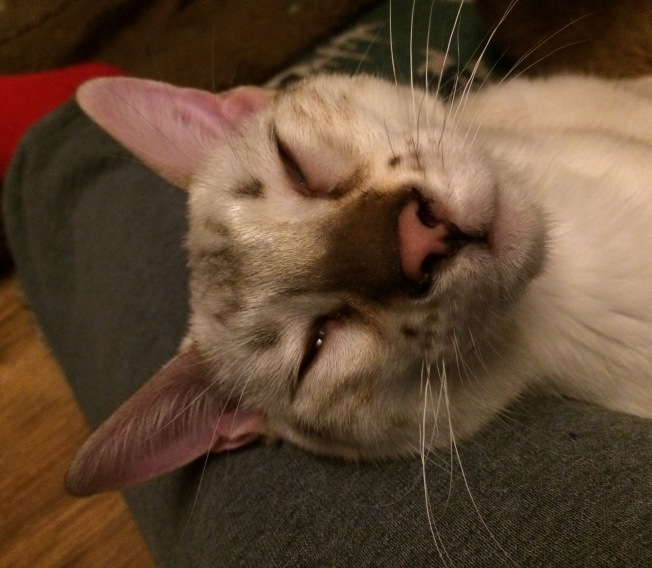 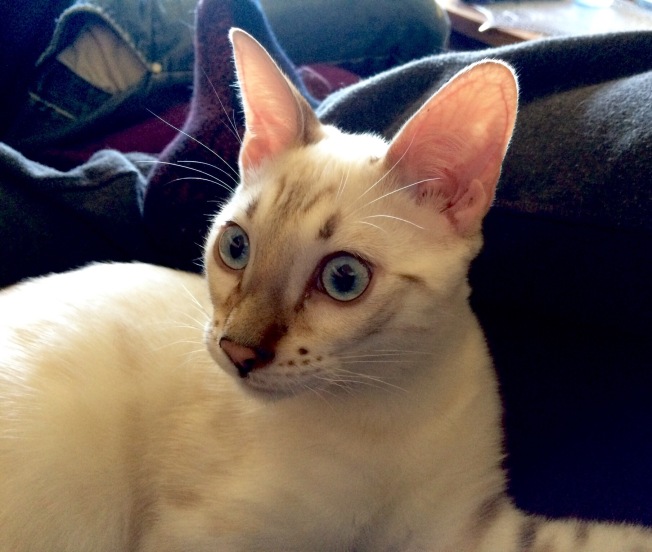 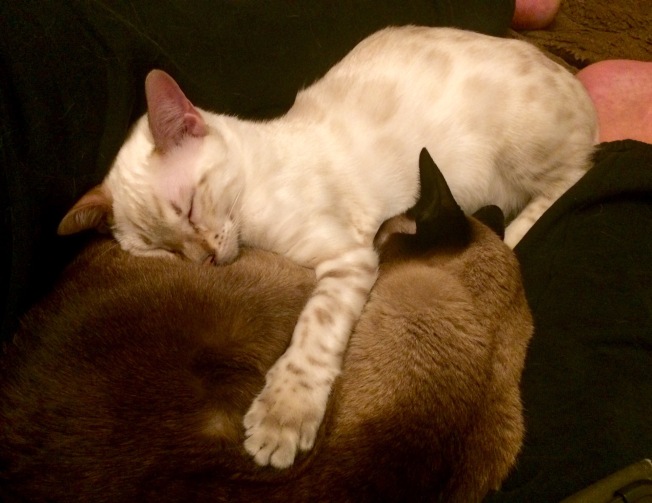 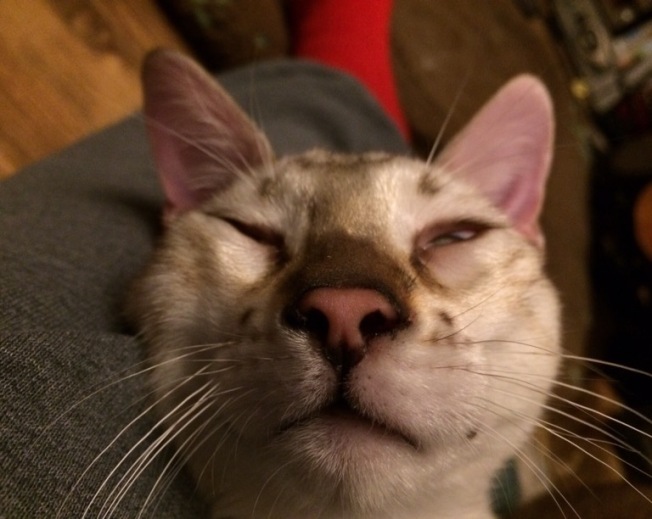 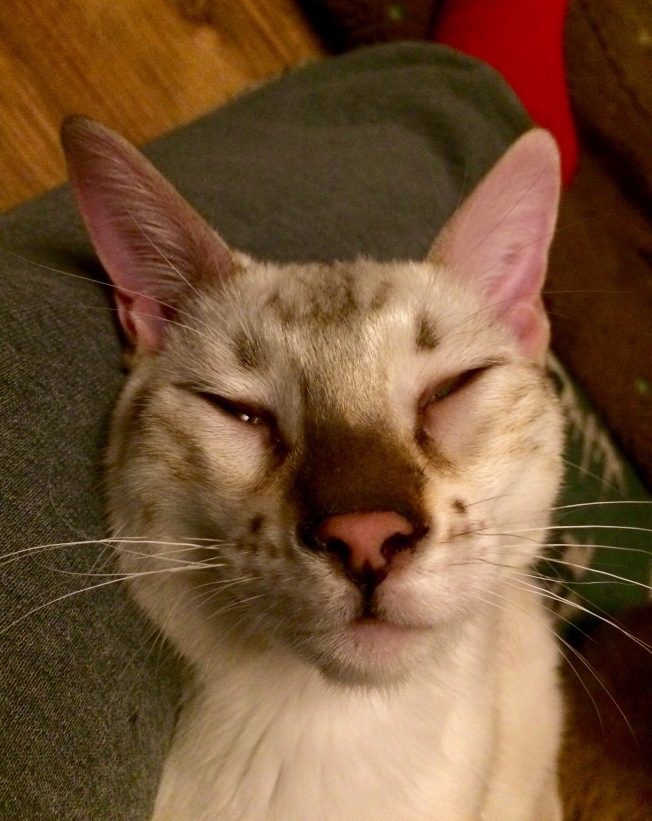 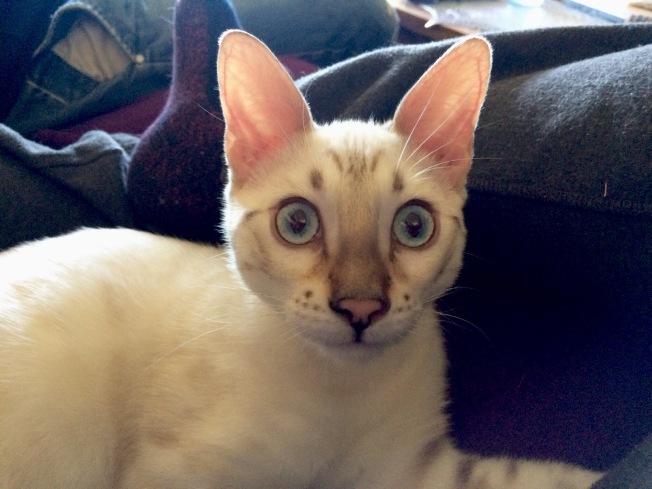 Very awake! About to start trouble. 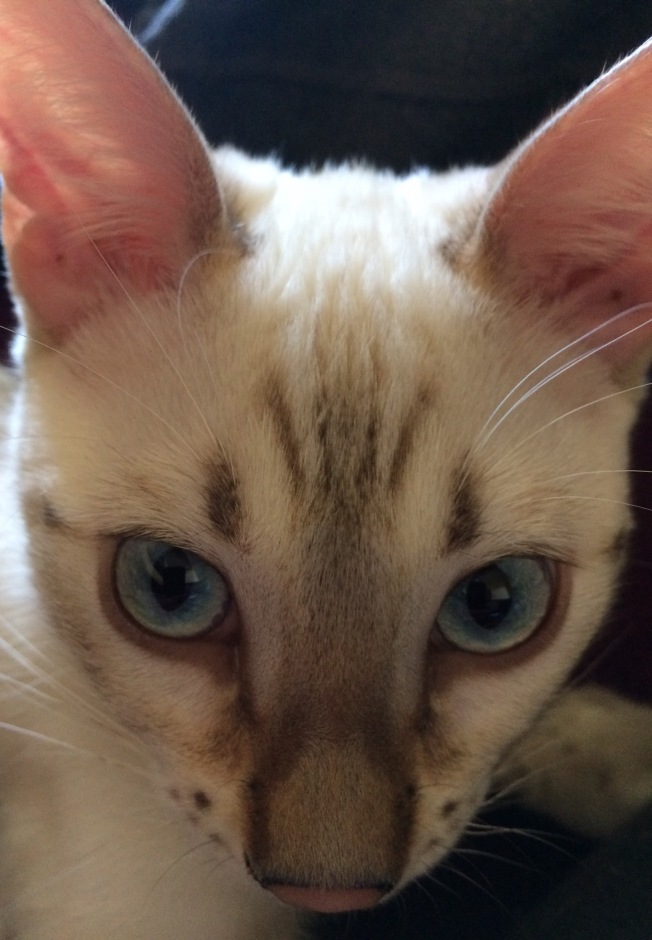