Plants got the vote: thank you, Grannymar! What shall I start with, hmmm…

How about my two Duggar species. So named by me as they multiply like crazy – the violas:

And the Sweet William:

That’s a five-foot long shipping pallet, chock full of William. Only just starting to bloom, it will be lovely soon.

I forgot what these are (again). Not as many of them this year, wonder why? 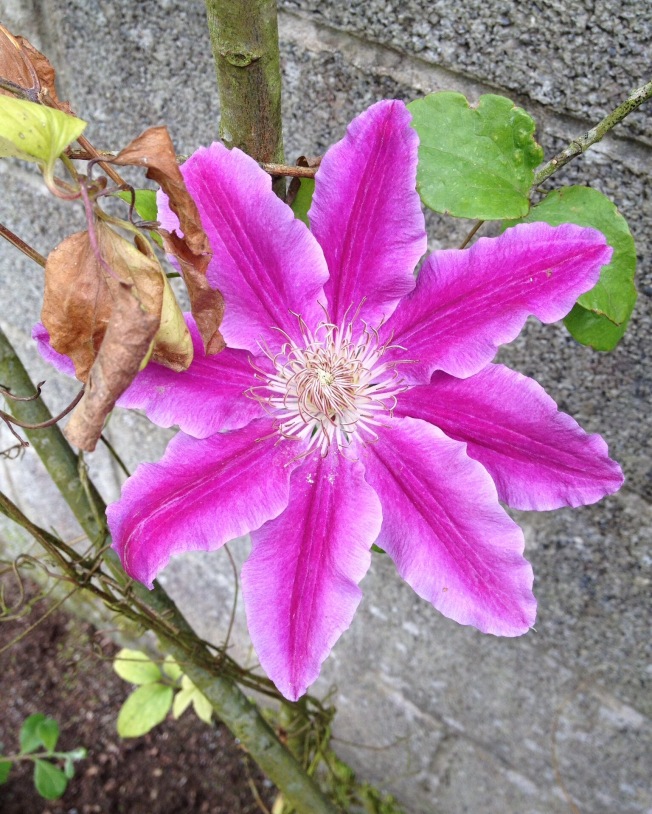 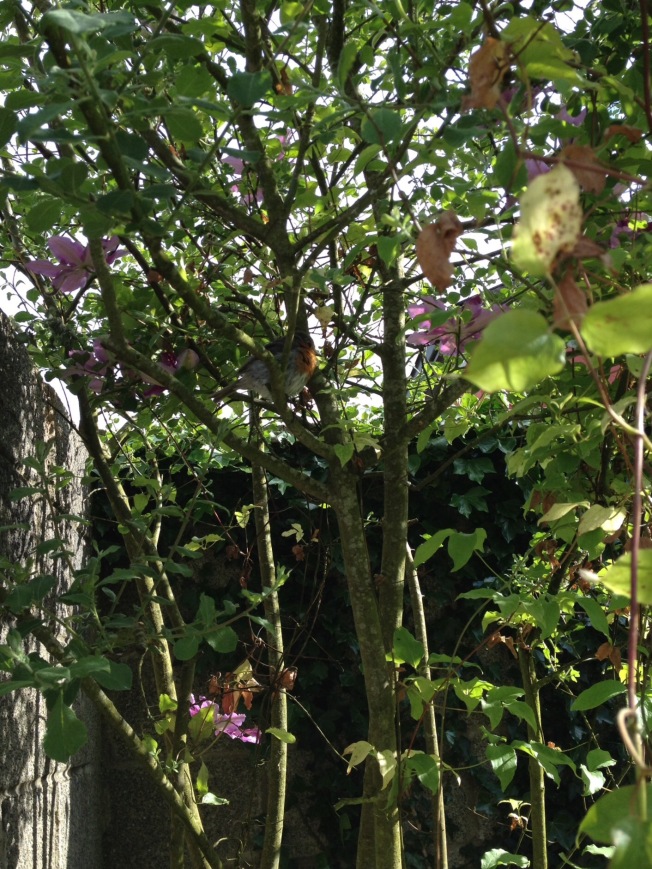 Our robin in the grey willow that the clematis is climbing up. He kept me company for hours as I was moving dirt and finding him all types of tasty bug-snacks. 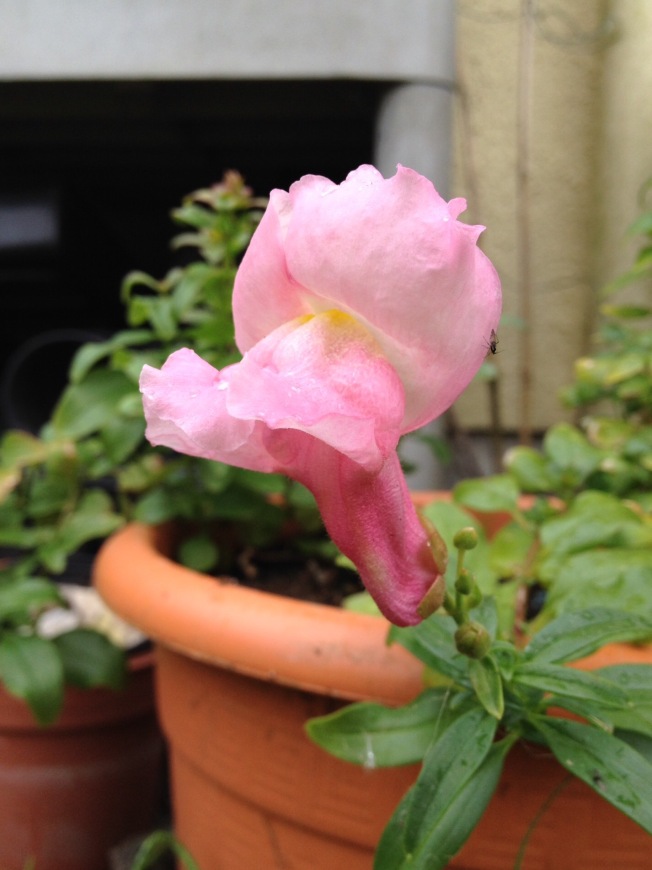 Planted this last year from seed, and over-wintered it indoors. Now what is it again… oh great, the tag I made has totally faded! Augh! Just spent about 10 minutes looking through last year’s posts, can’t find it.

Mutant zinnia. The four flower buds are coming out of the previous bloom’s base, instead of on their own stems. Freaky. 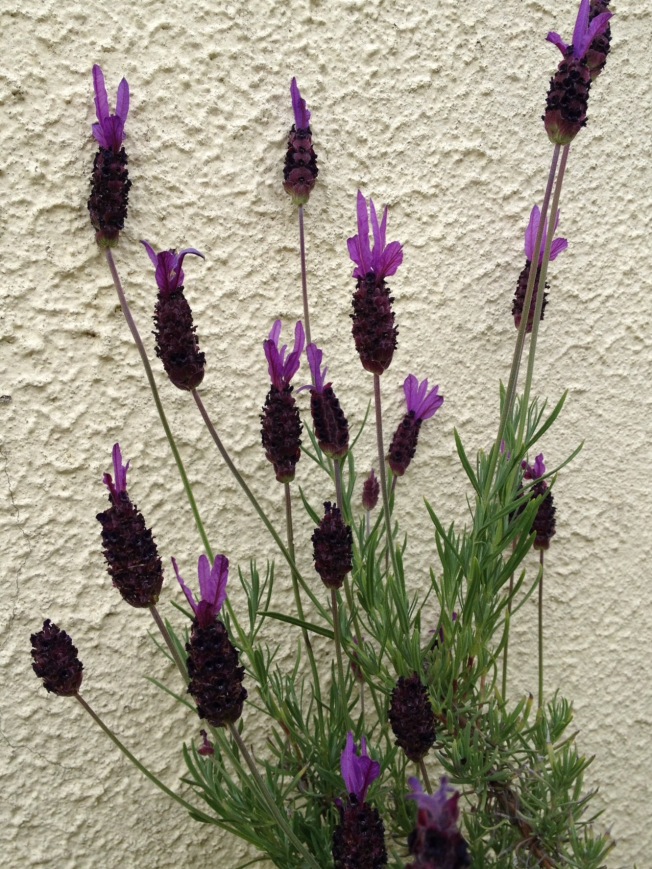 The lavender is happy this year.

The tiny iris are happy, too!

My native yellow iris (dug out of a bog) opened the first bloom yesterday.

Also native – Irish common spotted orchid. I just love the spotty leaves! They moved in, I didn’t plant them – these are growing in my garlic planter.

More common spotted orchid – this is the first to begin blooming and popped up in the raspberry patch. Simply gorgeous. They are more than welcome to live in my garden!

Awkward narrow strip next to the driveway – I pulled all the grass out and this ugly mess is what is left. Put in some nasturtium and nicotania. The ivy moved in on its own – bet my neighbour hates it – and the sweet pea is going gangbusters. Trying to get it to go over the front wall instead of falling into the driveway this year. Wish me luck! 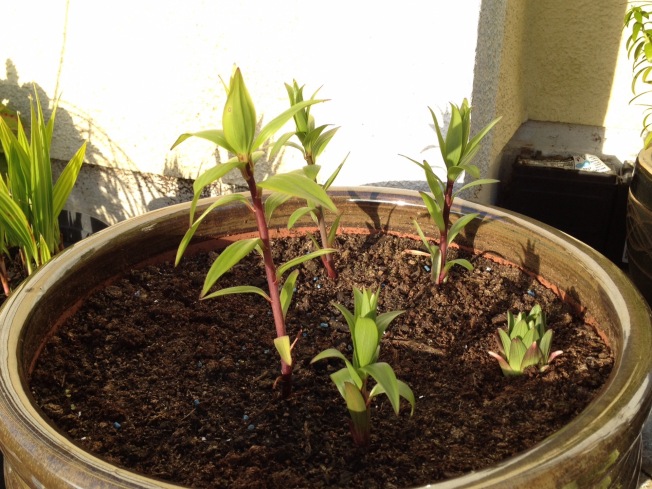 The new ALDI bulbs are coming up!

My front door – white-trash alert! Taken to give the size scale of the black lilies and stargazer lilies, which are well established compared to the new guys. Guess what is in the pot to the far right? TIGRIDIA!!!! 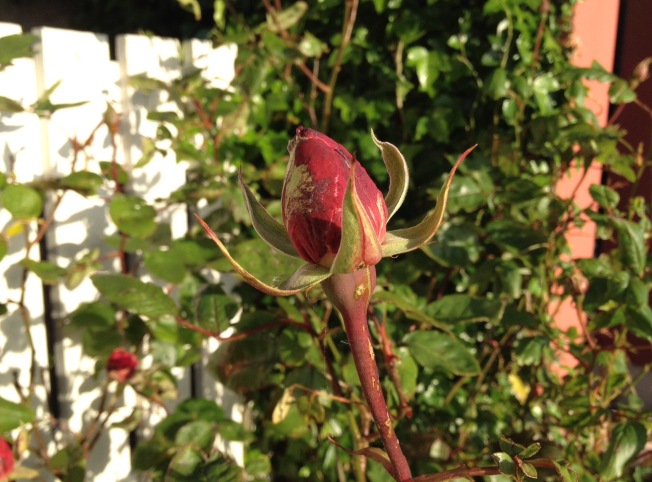 Finally, a rose bud. Lots of buds but none open yet.

I have pics of both to post, can’t decide!

Juls at The Indecisive Eejit tagged me in this. I thought it might be a bit of craic! I’m better with hates, being the bitter woman I am, so I’ll just do those. Maybe I’ll do loves later, but they aren’t as funny so probably I won’t.

1. Onions. Hate hate hate them. Always have – my family will attest to this – and it is also genetic as my maternal grandfather hated them with a bigger and nastier hatred than I. They hate me right back – the last time I tried to “suck it up” and eat something cooked with onion I suffered for hours. I felt like I’d eaten everything on the restaurant’s menu despite not wanting any of it. Bloated? You don’t know the meaning of it. I couldn’t drink afterward, FFS. My only solace is that iDJ also hates them so we never have an argument over cooking with them. 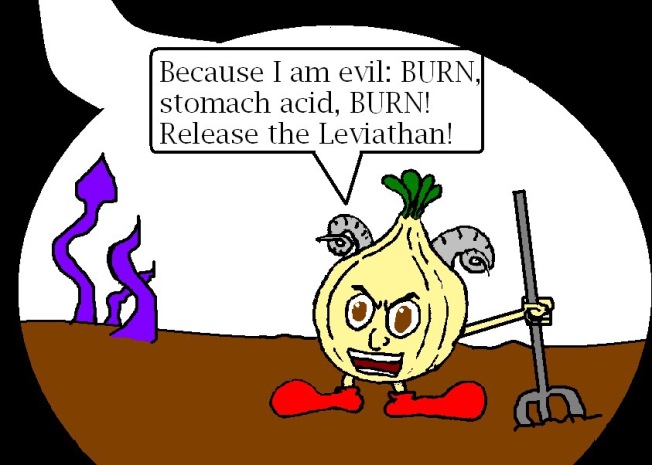 2. People who think it is funny to make jokes about hurting cats. If I say something about how annoying my cats are, the proper responses are: a) aww b) oh I know what that is like! c) silence if you don’t care. d) “I’ll kill it/kick it/drown it in a well for you” Is never fucking funny. Take your sick sense of ‘humour’ elsewhere – I’d never say that about your human child.

3. People who pull out in front of me, make me slow down, and then turn off just when I’m almost nearly back to the speed limit – so I have to go back down to second gear. Seriously. If you are only going a few blocks, can’t you wait until the road is entirely clear before pulling into traffic? 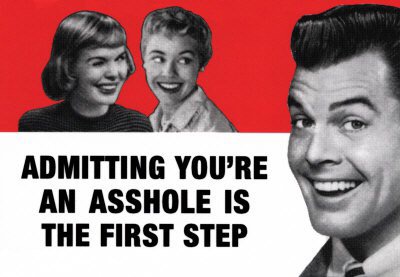 4. Styrofoam. Not the peanuts, but the big lumps of it some products are still packed in. I cannot abide the sound of styrofoam against styrofoam. That hideous squeak. Shudder. Even worse when the crap won’t pull apart and I have to use my fingernails to get a purchase… Oh man, my back hairs are standing up at the thought.

Shut up, you have back-hair too.

Maybe not that much back hair. But still.

5. Putting a garden hose back. Since childhood it has irritated the shit out of me to have to coil a hose up and put it wherever it is meant to live. My dad probably still remembers me whining about having to put away the hose and sprinkler so he could mow the grass.

I’m glad as hell that Himself bought me a spiffy Hozelock self-retracting reel (the one that the robins recently built a nest in, no harm done). It isn’t often we need a hose in Ireland – certainly I’ve not needed one this year at all so far – but coiling the previous fuckers up made me bitchy. Or lazy. Or both. 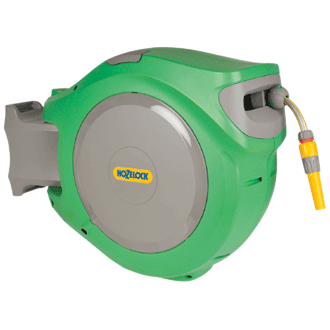 6. Self-retracting vacuum cleaner power cords. They don’t self-retract. Ever. They need to learn from Hozelock as those bastards figured that shit out. I’d rather wind it up myself, and I just said how much I dislike doing that sort of thing.

7. Modern ‘chart’ music. Just because something sticks in your head doesn’t mean it is good. Have you tried silence? It isn’t bad, you know. Much better than the whiny lot of men and women I am forced to listen to at work. The only good thing I have to say is that at least the obvious, irritating trend of auto-tuning vocals seems to have run its course.

8. My digestive system, and my weird-ass skin. Both of you can fuck off, I’m tired of you messing with me. Oh, and the woman-bits? Don’t let the door hit you in the arse in your way out. Buh-bye, as soon as possible. If I have to get old to get rid of you, so be it.

9. Movies and TV shows that use music to telegraph what is coming next. Ooo, dark scary music, shit is about to happen! Oooh, light violins? They gonna kiss! I’d like to not be emotionally and obviously manipulated, thank you. Stop it, just stop it, its insulting. If your efforts on screen are so bad that you need music to let your audience know what is going on or about to happen, you need better writers.

I’m a reader – books don’t come with shitty orchestras – and I and many others like it that way. Thinking for yourself and all. What a concept. 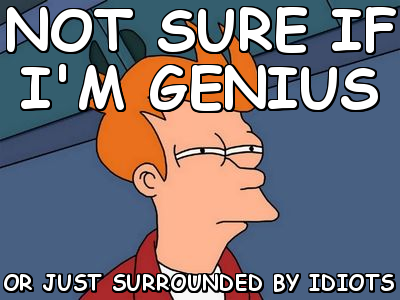 10. Can I say onions again? No? How about fresh coriander? I grew some from seed a few years back, as we use it in cooking. I was flat-out astounded to find that the smell of it on my fingers made me want to bathe my hands in liquid dog-shit to get the smell off. It was that foul and that pervasive (like dog shit, but worse!). I know that fresh coriander is a big divisive issue – love or hate – but I was truly surprised to find I hated it so much. Sadly I know ending on this means most comments will be about coriander! Dammit.

Yes, not unlike getting stinkbug juice on your hands!

Would you like to play a game with me? Yes, it is one of Those Internet Tests – but this one is by NPR, not Buzzfeed.

This one is called “How well can you hear audio quality?” Now, I’m oldish and all, and I didn’t like CD’s very much when they came out as they sound tinny to me. So there. A record just had more depth, more warmth… more bass. I love the bass. So with that in mind, I thought I would do really well on this test. I enjoyed taking this, despite not being very interested in some/most of the music selections. I got five out of six ‘right’ despite listening on my iPad. How did you do, and how did you expect you would do?

I’ll only tell you which one I got wrong if you play along!