Today I’m sharing big beach pictures, including some telephoto lens ones. Yep, had to swap the lenses out, what a difference from the iPhone, eh? 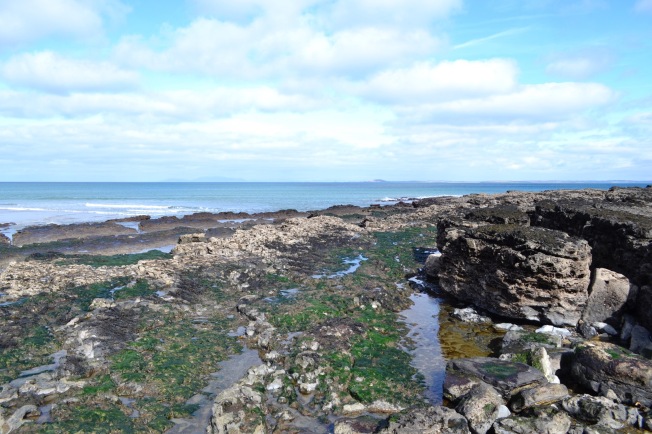 This is where I was taking the rock pool photos.

Well, up there, actually. But it isn’t as pretty as the first photo. 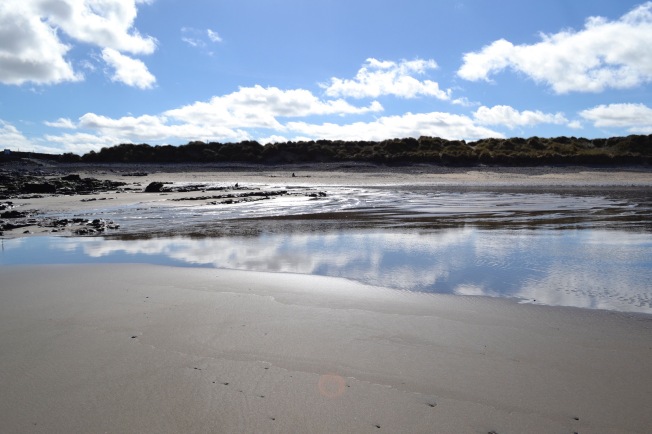 ﻿I walked close to the waterline, and turned inland to see the tide still draining out. I did get a couple of people in this. Hope they don’t mind.

﻿Only one human in this pic! It’s a big beach, plenty of room to yourself.

iPhone and Hipstamatic app for a change. A couple and their dog walking the waterline.

﻿Telephoto lens; I found a lighthouse! It is just a speck in the previous picture. I think I like this camera. I should have edited this to make it level. I’ve not had to edit at all until now. 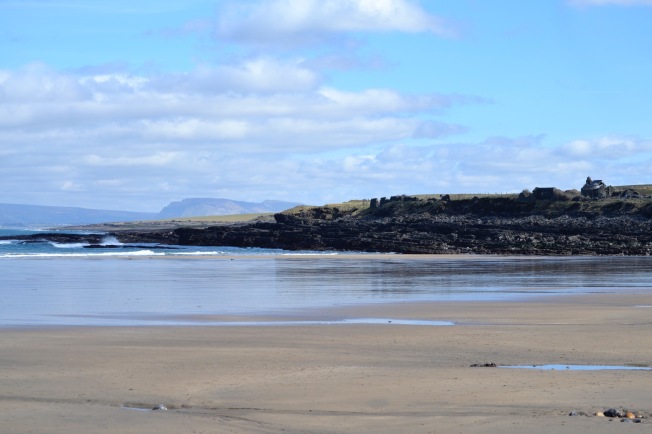 Leaving the rock pools behind me. Do you see how the rocks aren’t flat, but angle upward a bit? That gets more pronounced further south. 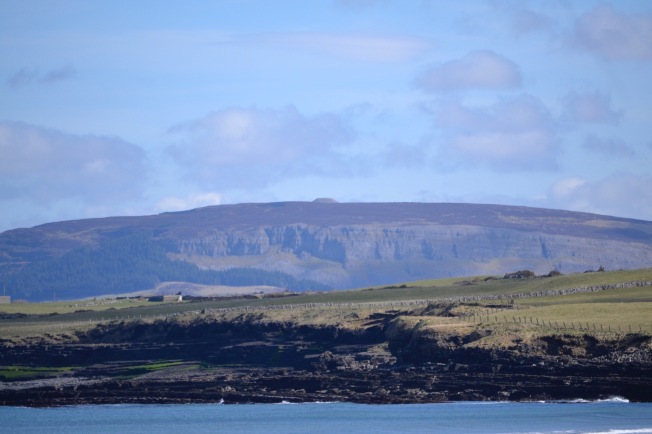 But before I go, a telephoto shot of Queen Mabh’s (or Maeve’s) Cairn, on top of Knocknarea.