Spot was begging me to turn on the bathroom tap yesterday, so he could have a drink. From my seat (ahem) I told him that I didn’t intend to be in the room that long, so I wasn’t going to oblige him. Being as he doesn’t understand English, he just stared at me. As he tried to convince me using all of his feline wiles – more staring – I noticed his eyes were a most unusual colour.

It’s pretty hard to take photos of a cat who is only interested in a drink, so we left the bathroom and I grabbed my iPhone and chased him around the house until he settled by the back door. His eyes were still that odd marbled shade, like agate.

Usually they are mostly yellow, with brown hints. I’d never seen them change. Maybe I haven’t been paying attention.

Of course, I can’t pay attention to Spottie-pants without Lokii-trousers showing up and demanding some face time. 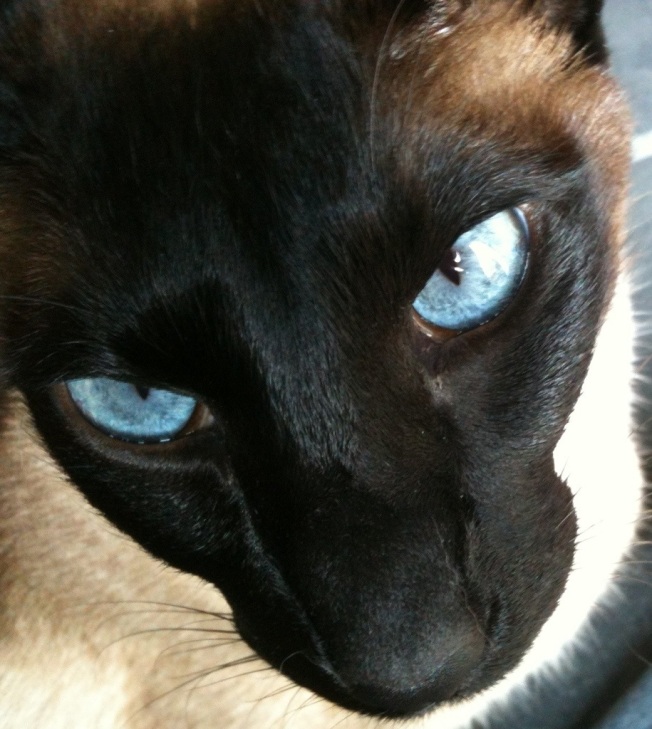 His eyes never change colour, but they are still the most glorious shade of blue.

But he does a damn creepy impression of a ‘white walker’ from Game of Thrones!