Last weekend hubby took me out for a mystery adventure. A mystery to me, as I had no idea where we were heading. Turned out to be here. 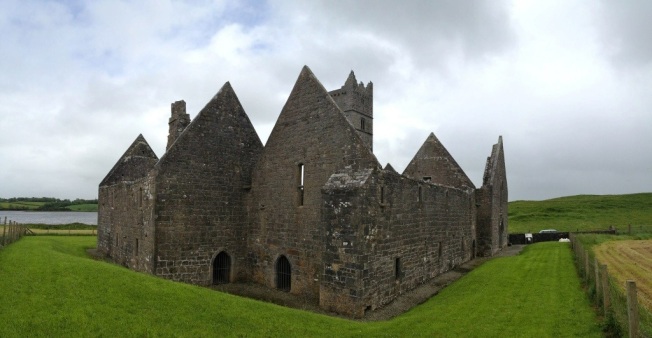 This is Rosserk Abbey, or Friary, built about 1440. There is quite a lot of it left to explore. 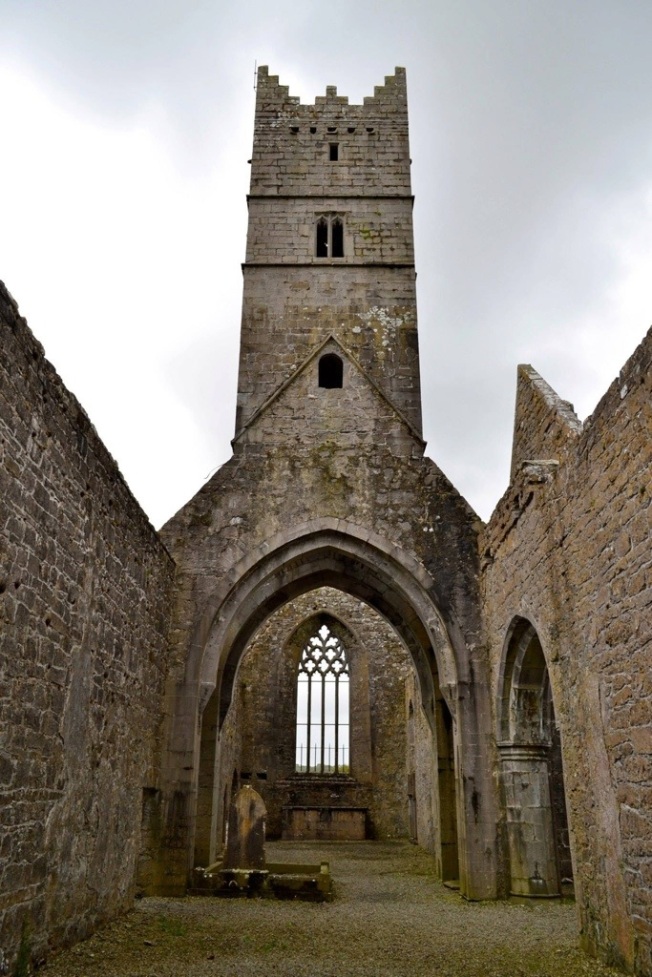 I had a friend come over my first year in Ireland, and she wanted to see castles. Well, not so many of those about. But there are lots and lots of religious buildings.

Please ignore the immensely idiotic date stamp. I took this one with Hipstamatic, but had the wrong film set up. I can’t be arsed to remove the dumb-ass date.

We got a tiny bit lost finding the place, but when we backtracked we were the only ones there. Not alone for long, soon we had Spanish and English tourists roaming about, too. 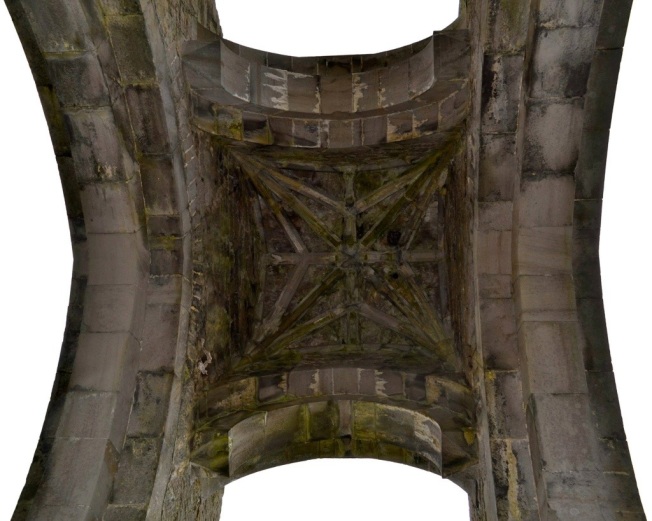 The main tower, from below. 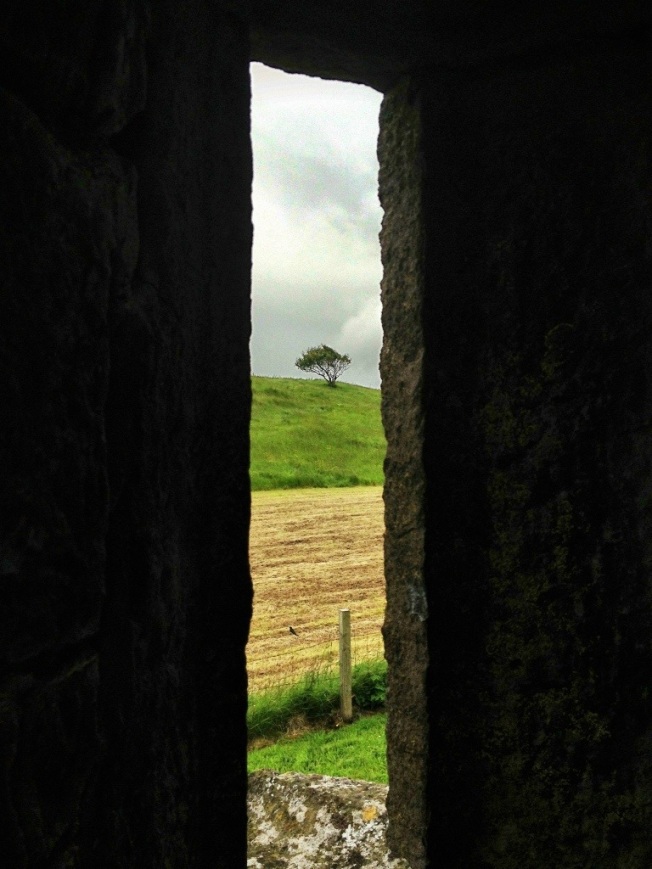 The view from a tiny, tiny room only the two of us could fit into. I got uncomfortable waiting for himself to take the shot and asked him to move so I could escape. He wanted a pic of the fairy tree. That’s an older tradition/belief than what inspired the abbey to be built so long ago. 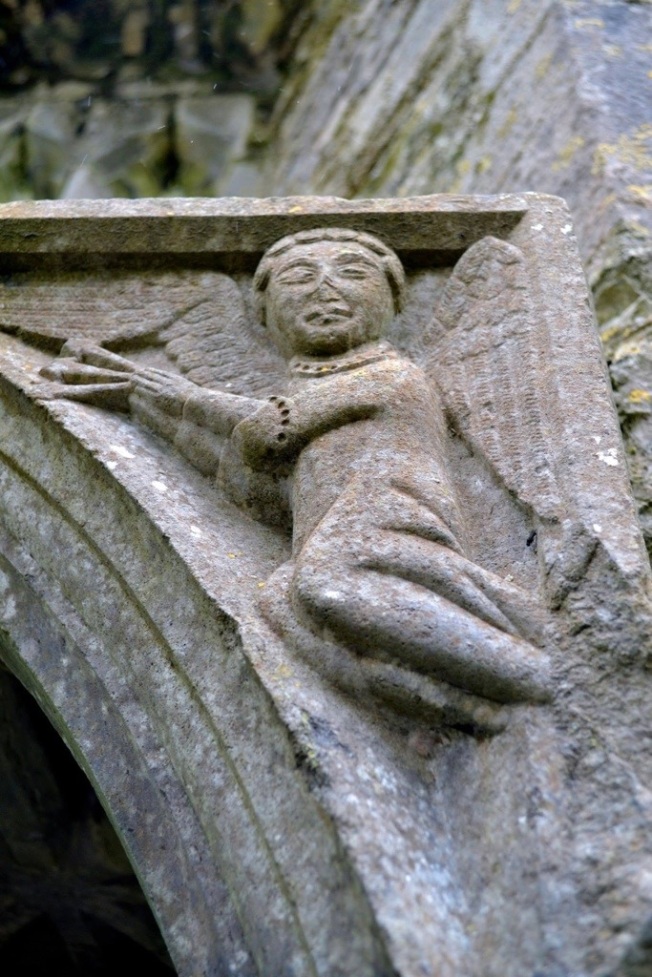 Incredible stonework detail, holding fast despite being open to the wind and rain. You can still see every feather on those wings. A true marvel.

The only other picture worth sharing that I took at the abbey. I didn’t have the fancy-pants camera, iDJ did, so I was restricted to what I could see with the iPhone.

Next. St Mary’s Well. Now, I expect there is more than one St Mary’s Well in Ireland. However, this was my first ever visit to such a place. I’m going to preface these photos with a reminder that I am not Catholic, and I have little understanding of the faith. That means I have no understanding of what I was about to see. I don’t mean to be disrespectful, exactly, but I was in for a shock.

First, there was quite a long walk to get to the well. Walking access only. There’s the Abbey, across the field of yellow iris. So many iris! 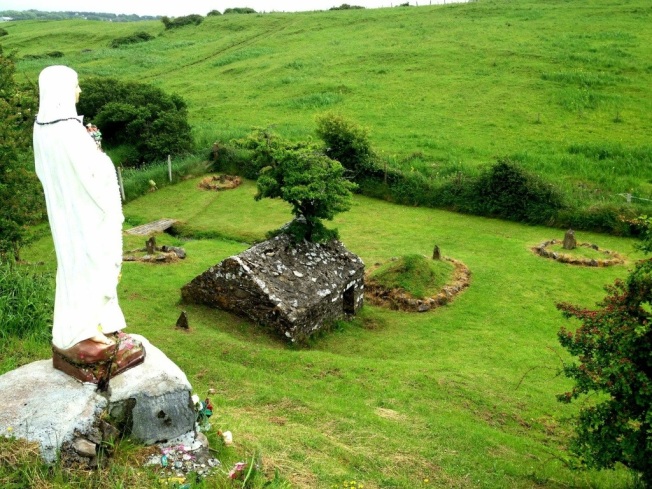 The well itself is inside the small stone building with the tree growing out of the roof. The walkway came in from the right, and you can see the tiny stream running from the building and off to the left, under the little bridge. The stones were numbered, in Roman numerals.

Number V – looking back up toward the statue of Mary where the first picture was taken. I believe the idea is to walk the stones as if they are stations of the cross, or count the rosary. I didn’t think there were enough stones for either, but what do I know?

Jesus, Joseph and Mary (and oooh, Mary looks very Irish, doesn’t she?) a small statue buried in weeds in front of the entrance to the well. Hubby had to tell me it was meant to be Joseph. Because he has a marble for a head. Oooohhhh-kkaaayyy… But that wasn’t what set the hair on the back of my neck to rising.

The main entrance to the well. Clearly it is very small, and choked with offerings. I don’t understand this. 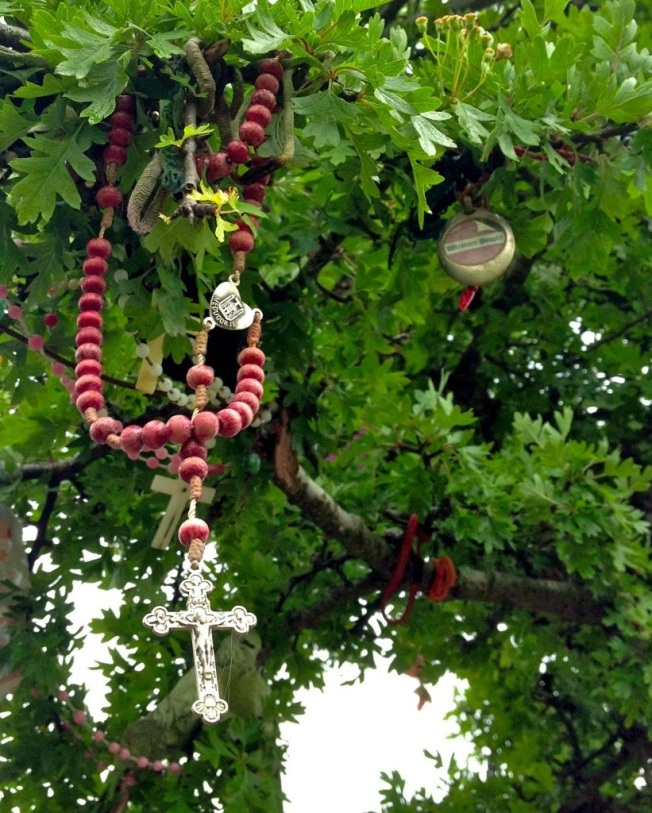 The tree growing out of the roof is festooned in… stuff.

The bushes up by the statue of Mary had a heavier load.

Mary herself was decked out the most.

It really, really surprised me to see the tokens left behind. Mostly, they were things that were close to hand and could be left behind. But what of the items clearly brought for the purpose? The photo of the baby – it breaks my heart. I can’t imagine the desperation of faith in bringing that photo all that way, to leave in the hands of a plaster saint, in the hopes that it can help in some way. I’m sure most visitors to the well came away feeling something quite different than I did. I was startled, dismayed, and it felt more like we’d visited Tibet and seen a tree bedecked in prayer flags. It was just that foreign, to me.

I am still fascinated how a place that used to be revered as an unusual and unexplained source of fresh water so close to a large salt-water body turned into a place where trolley-tokens and baby pacifiers are left as offerings.