I’m blogging in the candlelight in front of the fireplace. Warming up after freezing my patootie off outside as it got dark out. There are candles lit everywhere, and one of iDJ’s disco lights is flashing swirls of colour across the big front window.

We have lights up, and styrofoam headstones, and cemetery fencing, and other stuff…

I’m worn out after carving all seven pumpkins today. Yep, seven. iDJ found four tiny ones, then two middle sized ones, then one more middle sized one (all at different shops) and he bought every one he found. Glad he did, as they didn’t last long as they are hard to find in Ireland!

Only one small one went rotten in the weeks before today, much better than last year when two went bad, and very bad they were. 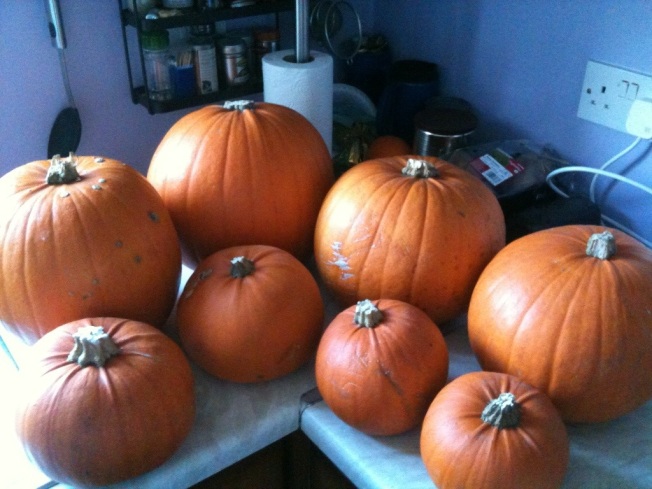 Huh. I just realised that I can’t count. Eight pumpkins! No wonder I’m so damn tired. Glad I took the day off! Where the hell did the fourth medium sized one come from?

Oh, sweet. While I was typing this, iDJ posted the pics of my finished carvings on FB. Now I get to go rob them for here!

My owl. He’s got lovely red leaves stuck on like feathers. It didn’t turn out exactly as I imagined.

Cranky baby pumpkin. Shoulda put the single snaggle-tooth on the other side.

Skull pumpkin. I was already running low on ideas.

Stitched-up pumpkin. Not enough oxygen gets in to keep the candle lit so his lid has to be wonky. 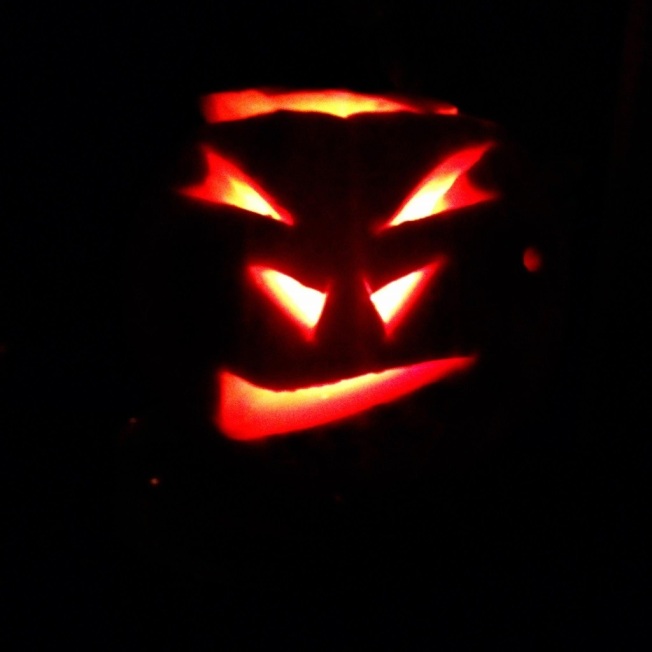 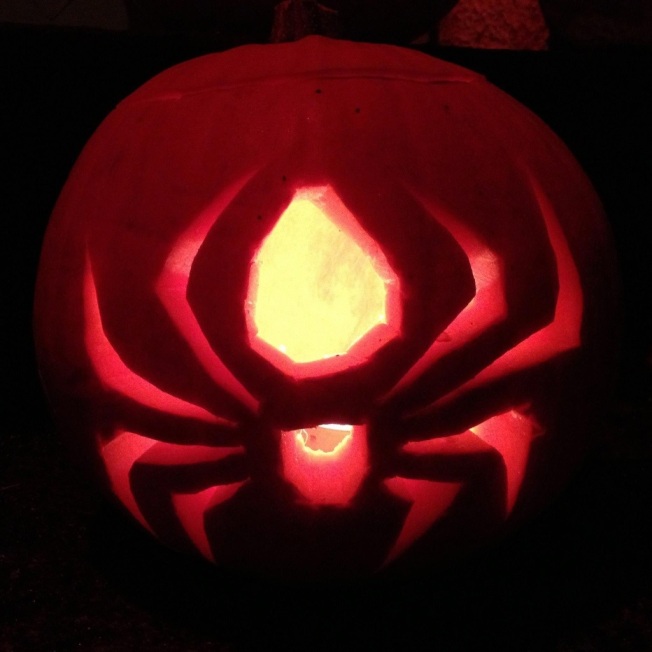 And, of course, a spider!

You might realise there are only seven pics. Pumpkin no. 8 was a mutant inside and I couldn’t carve it in a way that would allow a candle to light it up. I saved it to last, dithering, and what I did to it is too crappy to share!