Ooooo, was this good! Sweet, super tasty. Not like anything else, really. Try it! 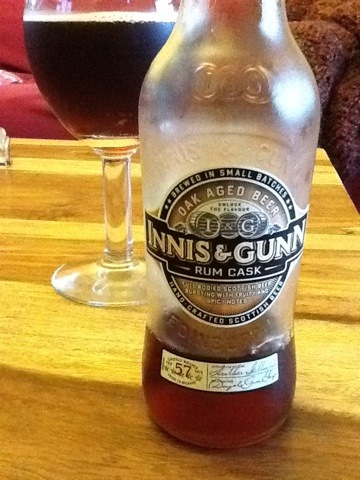 Huh, I can ramble on about nothing in particular with ease, but I’ve had real life fun stuff happen, and I don’t want to try to put it into words! Strange! So I think I’m figuring out what parts of me I want to put on here, and which ones are for FB.

That said, I had a great, great night last night with the Kiltimagh International Blow In Society, or KIBIS. Yes, I made that up. Yes, I meant to put ” women’s ” in there, but I can’t figure a way to make a decent acronym that includes a W. KIBIS sort of works. It could also be a C instead of a K for the town, or even CM. We played around with CMWIBIS, but that looks really Welsh, and I don’t know of any Welsh women, locally. CIWBIS? Ugh, this is hard 🙂 Ideas, anyone?

Crap, I should explain ‘blow in!’ that is what you are called when you are clearly not from Mayo, but have made it your home. I was the senior blow in last night! No, not cuz I’m old, kiss my arse. I’ve been here longest. Sheesh, I thought you liked me.

Anyhow, KIBIS was attended by an American, a Canadian, and an Italian. We also had my dog, who is American in breed name but is in all actuality a Galway Girl. Technically still a blow in. We had Canadian cookies and American beer, and tears of laughter that were 100% Italian.

Both boy cats and the boy iDJ were upstairs. We weren’t being sexist, it was their choice. More cookies for us!

If I had been taking minutes of the meeting, they would have been covered in snot from me laughing so much. I did make one note: Vegetarian Irish Wine Drinking Cat. Imagine that as an accurate description of one of our many, many pets, and you’ll have an idea of what we talked about all night!

We really hope to have regular meetings, and possibly expand our membership to include Japan and Slovakia. As long as they like animals, of course!

Here’s the three gals having a sickening love-fest on the couch. It’s hard to say which one is smiling the most! 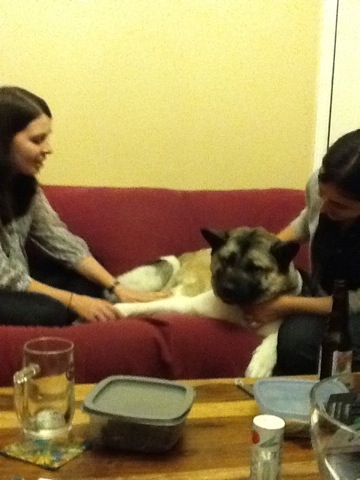 I got to try new beer this weekend! This is a bit of a rarity. You’d think the home of Guinness would be awash in beer, and it is…but only a few types. Diageo, owners of the black stuff, have the market tied up and held for ransom in the pubs. Heineken, Bud, Coors, Carlsberg, Guinness and Smithwick’s are about it, in the shebeen.

But we shop in the cheapo places, Lidl and Aldi, and sometimes they have new and interesting beverages! Here’s two we found, both by Shepherd Neame out of Kent, England.

Tasty! Really easy to drink, a nice flavour of hops but not overpowering. Says it is bitter, but I sure didn’t think so.

Up and Under Ale

Also tasty. Nearly identical to the Autumn Blaze. Perhaps a bit more of a hoppy aftertaste. Completely a gimmick ale, as it is rugby-based in name and label.

Both well worth a try, even if they are only 4%.