I love Lumi, I really do. But since I’ve been off work for three months, I have become his biggest toy.

I keep hair ties in my pocket to give to him whenever he is awake, and I need to sit down. He has three things he does with them: lose it under the TV stand, lose it under the couch, or take it into the kitchen.

If he goes in the kitchen, the hair tie first goes in the big water bowl. No problem if it is full… 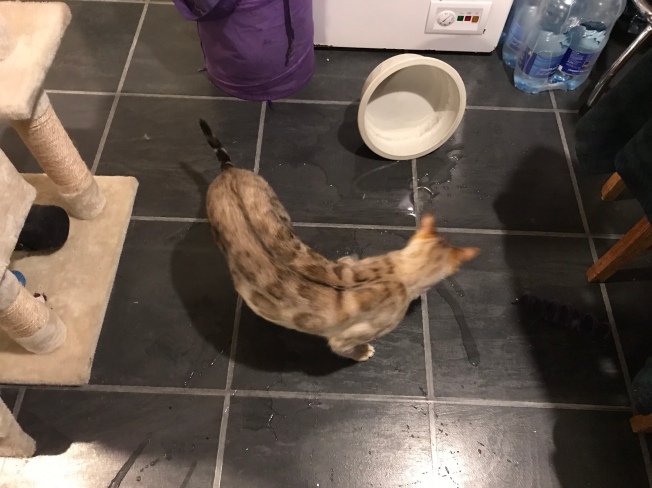 …but if partially empty, this happens.

After that, I find the sopping wet hair tie in the dry food bowl, abandoned and smelly.

Tonight I had the trifecta, however. Spilled water. Then a massive puke (in a shoe, did he read how to be a stereotypical cat somewhere?), then one of his patented Giant Smelly Shits.

Now that he has purged from both ends, he is running around the house top to bottom enjoying his svelte new self. As he does.