I probably don’t need to say again that I’m a huge Stephen King fan. I think I first read one of his books (either Cujo or Firestarter) at age 8, and I’ve never regretted a moment spent in the company of his characters.

I’ve read everything he’s published, I’m nearly 100% sure of that. Maybe a short story or three have gotten past me. Definitely have read every novel, novella, collection of short stories, and his nonfiction works.

Easy to say, then, that the way to my heart is through Sai King!

Hubby got me these as a thank you for taking care of him when he was so poorly. 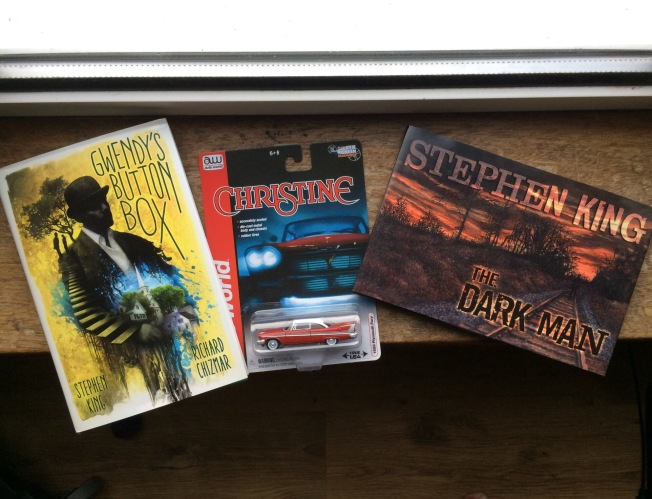 I hadn’t asked for Christine, but she is awesome!

Then this month, I had a birthday. As you hope to do every year! This one came with my first vinyl ‘toys’ – Funko Pop figures. 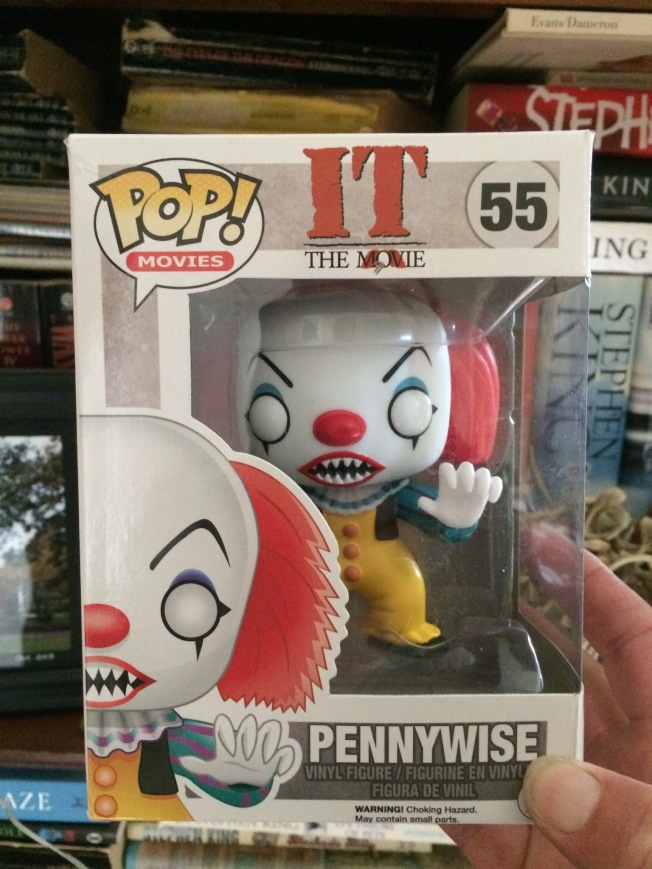 Pennywise! Yay! And a small part of my King collection in the background. A very small part!

Roland Deschain and Walter Padick aka the Gunslinger and the Man in Black. My favourite series of books, ever, hands down.

This is King’s year – a remake of IT and The Dark Tower are or will be in theatres near you. The series The Mist has been on for a bit, and Mr Mercedes started last week. I must warn you, Mr Mercedes is NOT for kids or anyone who is sensitive; and we’ve only seen the first episode. It’s a wow, for sure, but horrible and chilling, also. They put on screen much worse things than my imagination cooked up when reading the books. Yikes. Ark – avoid!

Anyone else a Stephen King Constant Reader?