The dog is shedding again. She’s an American Akita, so blows her coat twice a year – but man, to me it feels like she never stops! I brushed the hell out of her yesterday and only got about half of it out (if even).

Lumi, however, thought this was the best thing ever. To be honest, anything new to him is The Best Thing Ever. I’ve never had a more inquisitive cat in my life. He was right there underfoot, all six feet that were involved, and adding his four to the mix. Neko was not pleased as she always thinks I’m scary, and a cat sniffing around her feet didn’t help! She put up with it, anyway, and after I fought the static-cling and released her from the torture, I was left with half my kitchen covered in dog hair.

And Lumi, still fascinated by the carnage. 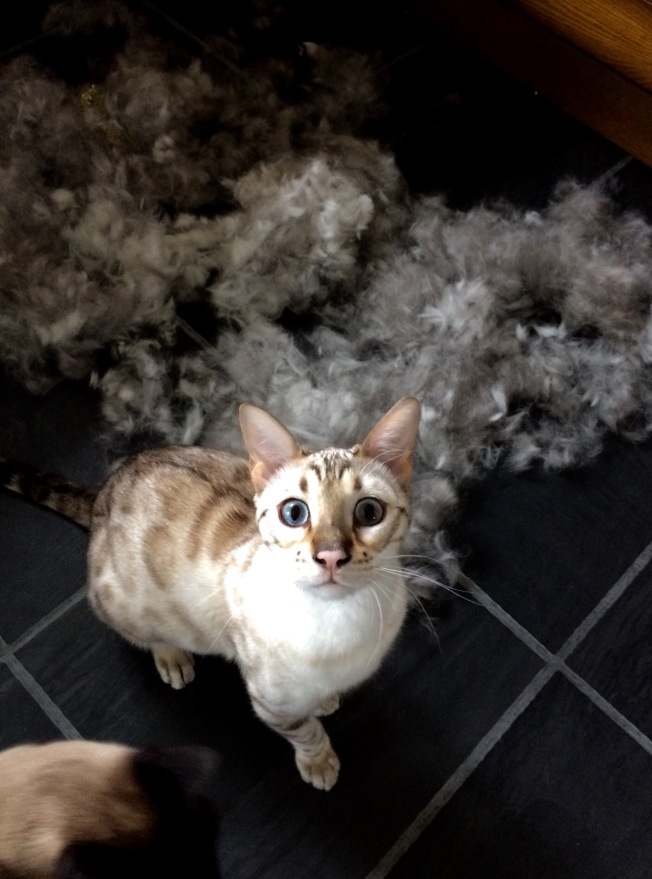 Of course there is Lokii too, having a quick sniff and running off. But look at Lumi’s face! This needs a good caption.