I have a “work cat” now. I’m pretty sure she has a home at one of the houses next to my workplace.

I go outside at lunchtime, weather permitting. I have a cozy spot outside of the warehouse where I can read and relax for a bit.  It can’t really be too cold for me here, but too windy or rainy sends me elsewhere.

Two or maybe even three months ago, I had a visitor while eating. A black and white kitty had silently appeared in the parking lot and was watching me. 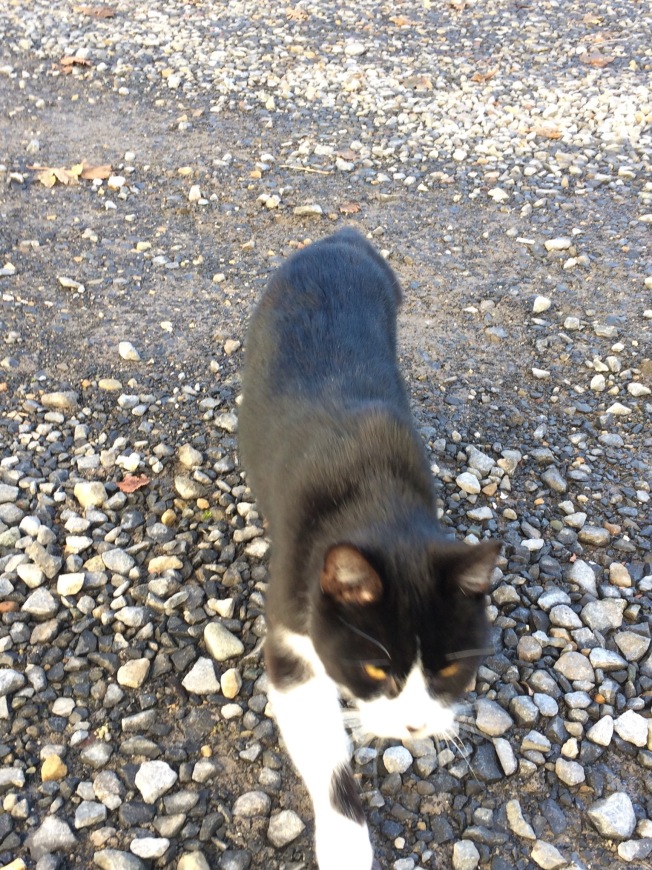 Of course I gave her some of my lunch!

And it became a ‘thing.’ She was very shy, always snuck into view without my seeing what direction she had come from, and would not get closer to me. But she had a great sense of when my lunch break was.

No kitty love? Good thing I’m persistent, and I do have chicken at lunch every day!

At the end of November, I saw her every day for a week. She finally let me pet her and gave me lots of head-butts and shared some drool. Aww. I started calling her ‘Piggy’ when she got very brave and tried to steal the rest of my lunch, too! Then I decided that was a bit mean, so I started calling her Piggy Peggy.

Once she allowed me to touch her, I looked and stroked her all over, to check her health. She was pretty clean, but had burrs in her tail and some evidence of ear mites (brown goo in the ears). It wasn’t a bad case, however – and no sign of fleas.

During the once-over, I felt her belly and found that she seemed to have mammary gland swelling. Oh no! Could she be pregnant this late in the year? This seemed evidence to me, along with the mites, that she isn’t being cared for in the best way possible. Maybe she was a stray after all, or had been dumped and was surviving on handouts.

I got worried when she went missing for over two weeks. I wasn’t there every day, but I looked for her and called for her whenever I was outside. Nothing. Dammit.

Today, she was back! And instead of silently appearing, she walked up to me shouting, ‘Where have you been?’ I was so happy to see her again. She kept her distance at first, but before long I was being drooled on again. 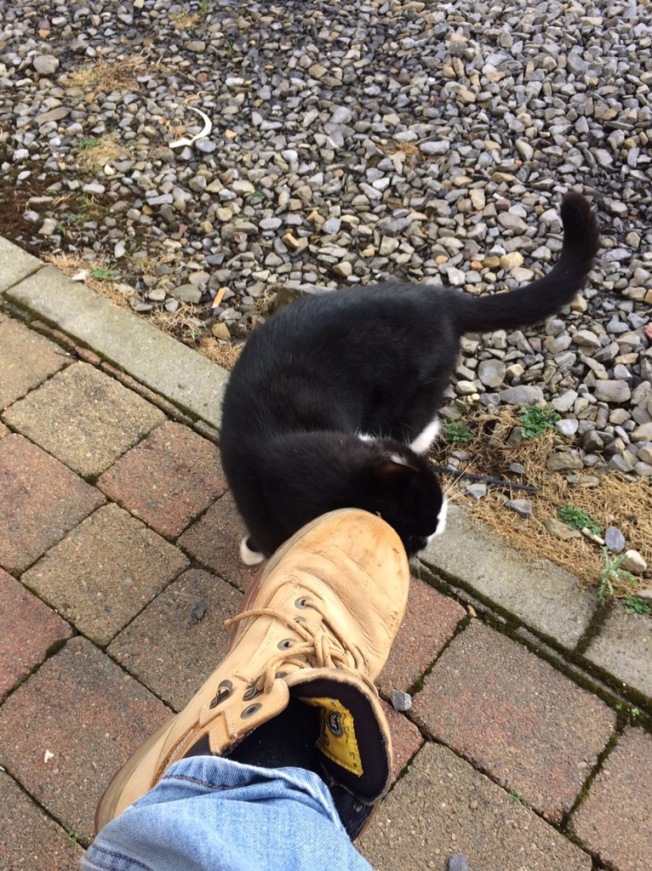 She loves my stinky boots. Except when I’m walking – then she is scared and that makes me sad.

After eating way too much of my lunch (which she doesn’t bolt down like she is starving, by the way – it’s just really tasty chicken my cats at home go crazy for, too), I got in some good loving and when I felt her little kitty boobies? Smaller! So she isn’t pregnant now, but had a litter in September or thereabouts. While I’m not happy that she isn’t spayed, at least I’m not worrying about her having a litter of kittens in the middle of winter with no shelter. 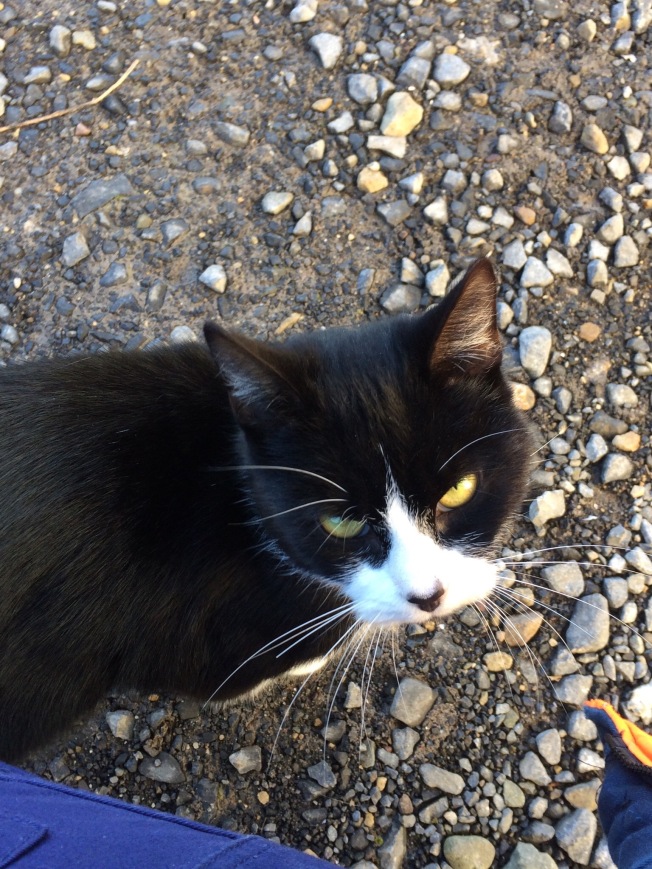 She’s a pretty and affectionate girl, I really hope she gets some proper healthcare.