Today I was woken up by the distinct sound of gusts of wind hurtling around the house, accompanied by something falling over out front.

Sigh. Get up, put on rain gear, grab iPhone to document damage.

Rudbeckia, flattened. This is the one plant that over wintered from last year. I know it got too tall for the recycled salt-box, but my plants always get bigger than I expect them to. Now propped up in a calmer corner.

Sunflower down! Again, too tall and in a rather light-weight salt-box ‘pot.’ Also moved to a quieter place. 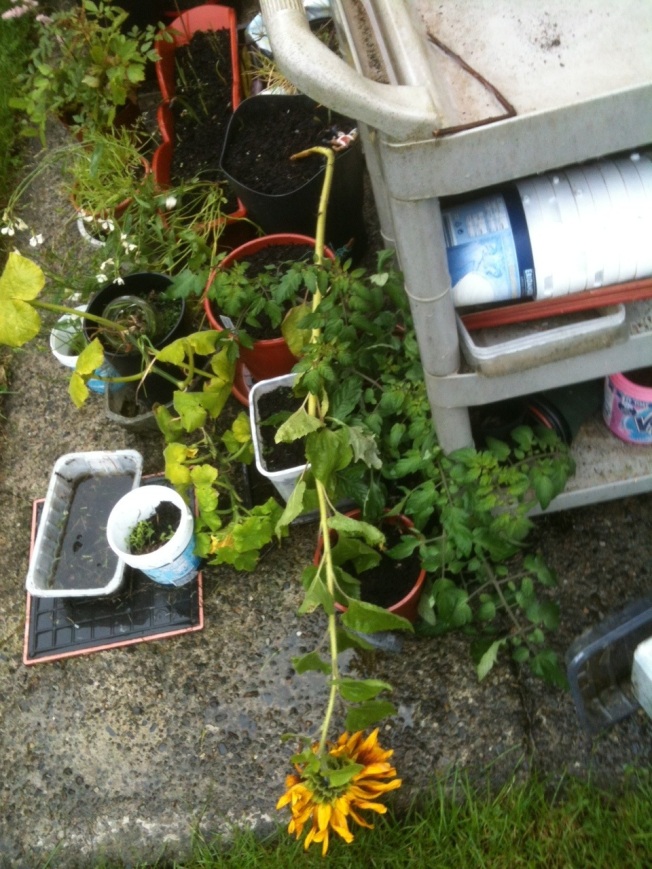 Sunflower 2 down! This one is more worrying. It’s in a heavy pot, and instead of falling over it bent over at the stem. It’s not broken, though. Now hiding behind me, propped up by a dead olive tree. I had to hold a leaf with my lips as I couldn’t hold the heavy pot and steady the stem at the same time, too windy! 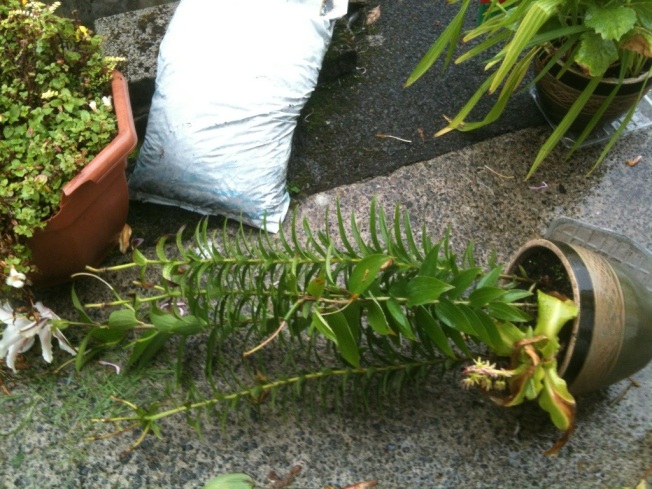 Noooo… My stargazer and black lilies! That pot is HEAVY, dammit! Okay so the plants are well over a meter tall… my poor plant-babies.

Augh! Black lilies and Tigridia! They aren’t that tall, I didn’t expect them to go over. Maybe my little Mayo GAA flag is to blame.

Not the cosmos, too? It hasn’t even had a chance to bloom yet. Had this one snuggled right up to the house, thought it would be safe there. The pot is chipped now, too.

While writing this, there was a blast of wind so strong I had to say ‘holy shit.’ And now the sun is trying to come out.

Ahh, Ireland in the Autumn!